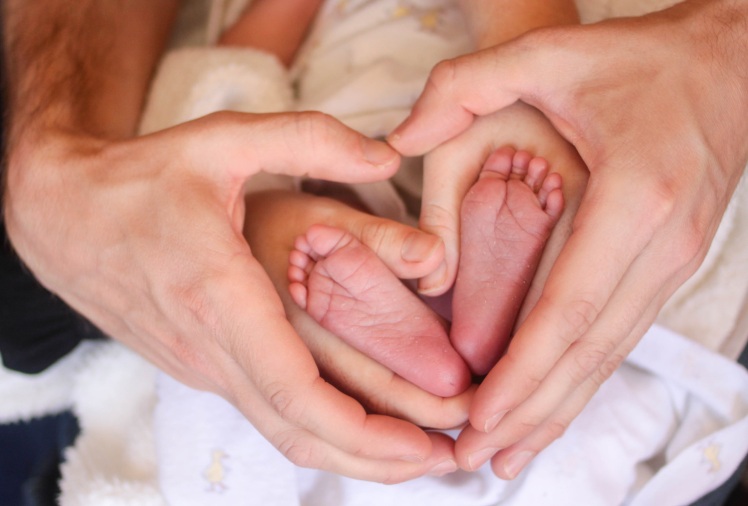 Breastfeeding is hard.  Not for everyone, of course.  For some it’s a total piece of cake.   For some, the baby seems to just crawl right out of the womb and latch perfectly and contentedly, and the mama falls back asleep in a blissful state of love.

But for many of us, it’s hard. Like, really hard.  As in, bloody nipples-mastitis- trying to fit in pumping while keeping a job-leaking through shirts (and on pretty much everything within a mile radius of you)-spraying friends and family (accidentally)-hard.

And here’s the second part, the even less acknowledged part that I want to put out there:

Breastfeeding may not be for everyone.

Ok, before you get your reusable nipple pads in a wad, let’s discuss that statement in more detail.

First, a little self-disclosure.  I was sure from the moment I even thought about getting pregnant, that I would breastfeed.  I did all the research, read all the books.  I had sweet, comforting images in my head of cuddling a soft little baby to my chest, feeling warm, safe, and content that I was giving him (or her) the best start to life.  The reality was, of course, a little different.  When my son was born 3 weeks early by cesarean (because of a pesky complete placenta previa), he was healthy but sleepy, with a weak latch.  Sleepy and weak latch do not beget healthy breastfeeding.  In that first week I struggled to keep him awake long enough to latch and stay on.  I dutifully tried everything every 2 hours- getting him undressed, blowing on him, cold washcloths… but he continued to struggle.  And every time he did latch, the pain was excruciating.  In the hospital I met with the lactation consultants three times and was told each time “the latch looks good”, and that a “little pain is normal”.  “A little pain” did not seem to fit my experience, since I had to dig my nails into my hands or bite my lip every time he latched to keep from screaming out.

Despite all of this work, at our one week pediatric appointment, our son had not gained any weight.  Not one ounce.  I was devastated.  I was seen by yet another lactation consultant, who furrowed her eyebrows and said “I can’t see that anything’s wrong, just keeping trying”.  I was sent on my way with a sample pack of formula and a new plan: to give my son two ounces of formula after every attempted nursing, and then to go pump for 10-15 minutes to start building up my supply.  Since newborns are fed about every 1.5-2 hours, and it took my son about 30 minutes to eat, this meant that I was nursing, pumping or feeding him a bottle pretty much all the time.  My needs for sanity and sleep were casually disregarded by almost everyone, including myself.

Needless to say, those first few weeks were hell.  I was determined, mostly because of the societal messages I had received and the articles I had read, to breastfeed my child.  To me, formula was not an option.

In looking back on those first few weeks, I feel a strong sense of sadness for myself.  I struggled through a nasty case of mastitis, I exhaustedly continued to seek out lactation consultants (even being told by one to travel 3 hours with my newborn to see yet another “specialist”), I barely slept or ate, all in the name of breastfeeding.

I have one memory  that is particularly haunting: it’s of me, tears running down my cheeks, trying to hold my son in the middle of the night and not being able to because him just brushing  against my nipples was excruciating.  But even then, even with my supportive husband encouraging me to switch to formula and just enjoy our new son, I did not feel like I could stop.

As pregnant mamas, we are told by just about everyone we come in contact with from the moment we see those double lines on the magical stick that breastfeeding is THE choice, if you want a healthy, happy, intelligent baby.  We hear this message everywhere, from expert sources.  The American Academy of Pediatrics, for example, recommends exclusive breastfeeding for at least the first 6 months of a baby’s life, followed by continued breastfeeding with the introduction of solids until the baby is a year old.  This policy is in line with the World Health Organization, and several other prominent sources.  When we show up at the baby friendly hospital, lactation consultants, nurses, and doctors are available and eager to help new mamas perfect the art of breastfeeding. The reasons cited for these policies are that breastmilk is what’s best for baby.  That research has shown that breastmilk offers more health benefits than formula, such as a lowered risk of allergies, SIDs, urinary tract infections, ear infections, obesity, type I diabetes, higher IQs, better bonding… the list goes on and on.  Given those statistics, it doesn’t really seem like a choice, does it?

But let’s look at that research a little more closely.  To begin with, most of the studies that have been done and are regularly cited are not considered the “gold standard” of research.  For example, many of the sample sizes have been small, the data has been inconsistent, or the trials have not been randomized.  In addition, when certain factors are controlled for, such as socioeconomic status, much of the health benefits attributed to breastfeeding disappear.  As one journalist wrote in her research:

“A couple of studies will show fewer allergies, and then the next one will turn up no difference. Same with mother-infant bonding, IQ, leukemia, cholesterol, diabetes. Even where consensus is mounting, the meta studies—reviews of existing studies—consistently complain about biases, missing evidence, and other major flaws in study design. “The studies do not demonstrate a universal phenomenon, in which one method is superior to another in all instances,” concluded one of the first, and still one of the broadest, meta studies, in a 1984 issue of Pediatrics, “and they do not support making a mother feel that she is doing psychological harm to her child if she is unable or unwilling to breastfeed.” Twenty-five years later, the picture hasn’t changed all that much.” – Hanna Rosin “”The Case Against Breastfeeding”.

Outside of those sources, we mamas receive that message (and pressure) in a multitude of other places, including PSAs, billboards, family members, friends, even Facebook.  Facebook groups that support exclusive breastfeeding, for example,  actually give out “pumping” or “breastfeeding” award stickers for each month someone exclusively breastfeeds.

So back to my original statement, that breastfeeding may not be for everyone.  What do I mean by that, exactly?

To answer that question, let’s take a look back at the earlier version of me- the “me” standing with no shirt on in the middle of the night, struggling to hold my sweet newborn son, and not being able to.  That “me” was miserable.  That me was quickly heading into that dark place of postpartum anxiety and depression, a space I deal with on a daily basis with my patients and clients.  I felt like breastfeeding was the most important thing, and that I was somehow failing my son if I didn’t  do it.  I thought about it constantly, I ruminated about what damage I would do to him if I stopped, I obsessively kept track of every ounce that I pumped or minute that I tried to nurse.  As the moments would get closer to when I would have to nurse him again, my stomach would clench and I would break out in anxious sweat.  I cried, daily, and felt a deep sense of dread about not being able to continue.  In other words, I basically missed the first month of my son’s life.

When my nipples were simply too sore to continue, I switched to exclusively pumping, and did that for almost 2 months.  One magical afternoon, I tried to latch my son again, and he did it.  Perfectly.  And from then on, breastfeeding DID become a great experience, and continues to be today.  I love that closeness, the sweetness that I originally thought breastfeeding would be.

However, while personally I am grateful that I stuck with it, in retrospect, I’m not sure it was worth it.  I remember little else besides sadness, pain and anxiety during that first month of my son’s life.   Although my sweet husband tried to tell me, I wish I could have been open to hearing him, that the benefits of breastfeeding were not worth me losing my sanity, or not being able to bond with my son.  That formula would not be a failure. That in fact feeding my son and keeping him healthy, while also enjoying his first weeks, were what was most important.

Since having this experience, I’ve become even more cognizant of asking my friends, patients and clients how breastfeeding is going.  And I’m finding that my experience is not an exception.  Every day I see women who, with ashamed, lowered eyes, talk about how difficult breastfeeding has been for them, or admit that they had to stop.   Sometimes this is because they did not get enough support, but other times it’s because they got lots of support, but still struggled.  Too often I diagnose a woman with depression or anxiety almost entirely caused by their breastfeeding struggle.

What I tell those women is what I want to tell you: if breastfeeding is important to you, by all means get the support you need to continue.  It truly can be a wonderful experience.
But also, give yourself permission to stop if it becomes too difficult to continue, or if you experience depression, or anxiety.  If you’re absolutely anti-formula, there are some wonderful mamas in the community willing to donate their breastmilk, through groups like Human Milk 4 Human Babies.  That bonding will happen even if you’re bottle or formula feeding.  In fact, it may be the reason you are bonding.

2 thoughts on “Breastfeeding May Not Be For Everyone”